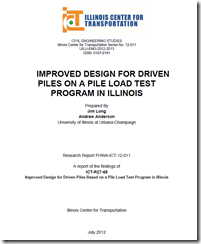 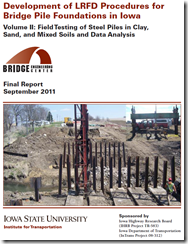 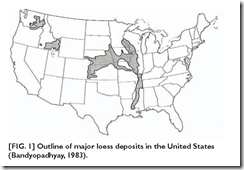 I have added a recent paper that Dan and Steve contributed to concerning loess that is in the November, 2009 issue of the DFI Journal.  The paper describes the results of site investigation and laboratory tests at a site in Kansas with loess deposits.  The effectiveness of various correlations between field and laboratory tests and design properties are evaluated.  Steve is currently working on the follow-up paper that evaluates lateral load tests of drilled shafts at the site.

I wanted to make a quick post on the passing of Dr. Lymon Reese – Dan’s mentor, Ph.D. advisor, and a great engineer.  I’ll post more later as it becomes available. (and catch up posts on our normal activities that I am way behind on).  Below is from an e-mail sent by the ADSC.

We are sad to report that Dr. Lymon C. Reese, Professor Emeritus, University of Texas, Austin, and one of the world’s leading drilled foundation experts, passed away on Monday, September 13, 2009. Dr. Reese was an ADSC Honorary Technical Affiliate Member and a great friend to the ADSC and to the drilled foundation industry. His seminal drilled shaft foundation research conducted for the Texas Department of Transportation and his subsequent writings are among the most important work ever conducted in the field. His graduate students have achieved international acclaim in their own right, and include: Dr. Michael W. O’Neill (deceased), Dr. Dan A. Brown, Larry Olson, Dr. Magued Iskander, Dr. James Long, and many others, all of whom have had a major impact on the advancement of the drilled shaft foundation industry. Dr. Reese was one of the last surviving early “giants” of our industry. At age 92, he remained a vibrant contributor to the profession. To say he will be sorely missed is an understatement. We have lost a most beloved friend.

Further details regarding a Memorial Service will be posted on the ADSC website as they become available. 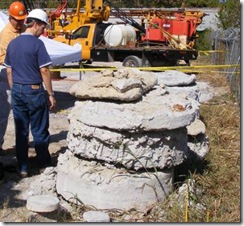 The May 2009 issue of Foundation Drilling had an article by Dan and Robert summarizing the recent research on drilled shafts socketed into rock for the Southeast Chapter of ADSC .

The article has been posted to our Publications Page.  The full report is located here, for those looking for a little light reading.

A test site has been selected for Atlanta in the Piedmont formation.  Check back here or at the project page for updates as things move forward. 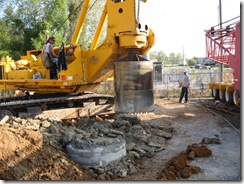 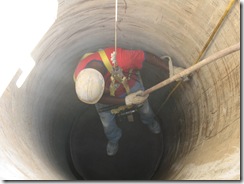