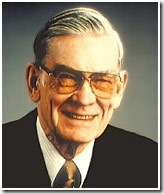 The Professor Ralph Peck Legacy Website has been launched by Geoengineer.org:

Geoengineer.org is pleased to announce the launch of "Professor Ralph Peck’s Legacy Website". The Website has been developed to celebrate the life and legacy of one of the Heroes of the geotechnical engineering field and honor a distinguished geotechnical engineer for his dedication and contributions to the society as a teacher, author, and engineer. The Website includes a lot of resources such as biographical data, quotes, photos, powerpoints, and even videos of lectures by Professor Peck.  The Shamsher Prakash Foundation has generously sponsored this activity. The website has been developed in collaboration with Mrs. Nancy Peck-Young, Prof. Peck’s daughter and was supervised by an international Advisory Committee of distinguished members of our community that had the luxury of knowing Prof. Peck and consists of Prof. Dobry, Prof. Cording, Prof. Prakash and Dr. Lacasse. The content of the website is divided in three parts: "About his life", "Publications" and "Resources".  We hope that this resource will be a source of inspiration for the future generations of geotechnical engineers. We also encourage you to provide us with any additional resources/content and we will be glad to include it in the website’s content.

Such a website is a fitting tribute to such an icon in the geotechnical engineering and construction industry.  Make sure and check it out.  I have added a link on our sidebar in the Geotechnical Resources section. 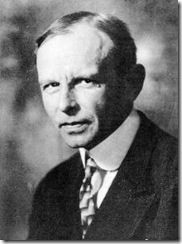