I have added some publications and presentations to the site – trying to catch up on things here.

The report of the lateral load tests on drilled shafts and an MSE wall for KDOT has been published.  My post on this project is here.  Dr. Bob Parsons at University of Kansas was the principal researcher.  Our main contribution was analysis of the lateral  response of the drilled shafts (Appendix B in the report). 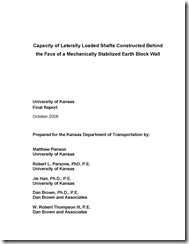 We now have a paper co-authored by Paul in the just released DFI Journal Volume 2.  The subject is shear modulus in soil mixing and jet grouting. 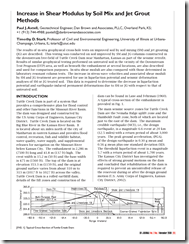 Two presentations have also been added – one from Dan’s talk at the 2008 STGEC Conference (program page is here) and one from Dan’s appearance at the San Antonio Section of ASCE earlier this month. 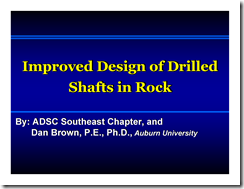 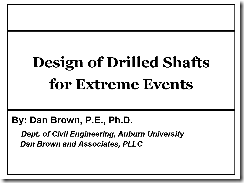