Tim Siegel’s presentation on plate load testing of grout columns from GeoFlorida 2010 in February has been added to our Presentations Page.  I have also added some older presentations from IFCEE09, the 41st STGEC,  and other conferences. 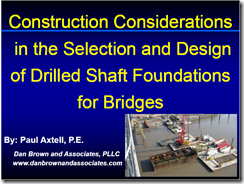 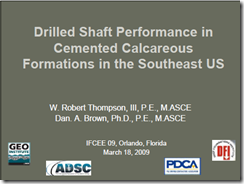 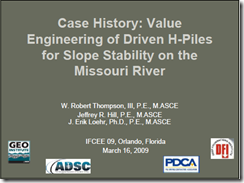 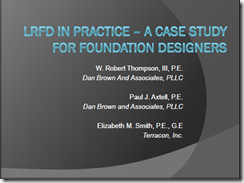